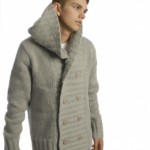 Over summer I noticed a mini boom in the double breasted cardigan. Both H&M and Topman came out with their own versions of the cardigan which were quite nice, but nothing I have seen compares to this little gem by Diesel. It’s made from 100% wool giving it that authentic knitted feel, like your grandma has
Read More