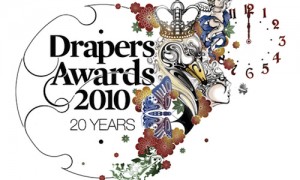 Last night saw the 20th Anniversary of the prestigious Drapers Awards ceremony, held at Grosvenor House Hotel in London with the elite of the fashion industry in attendance.  Nominated for ‘Menswear Brand of the Year’ were the likes of fashion giants Paul Smith, Boss Orange, Polo Ralph Lauren and Tommy Hilfiger, yet after their hugely
Read More